Welcome to the website of the West Tennessee Branch of the American Society of Civil Engineers (ASCE)! 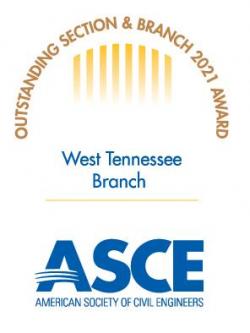 The West Tennessee Branch is comprised of civil engineers working or residing in Memphis, Jackson, or most of the counties west of the Tennessee River.

Want to come to a meeting? 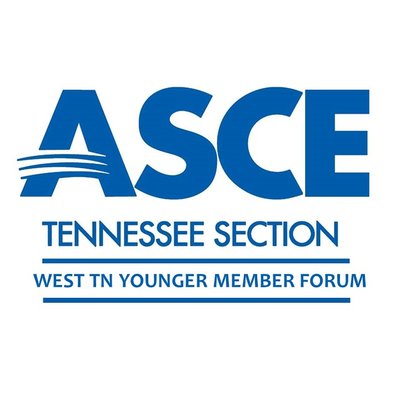 Tournament proceeds will be donated to the
ASCE Student Chapters at CBU, U of M, and UT Martin
for travel to the ASCE Arkansas/Tennessee Conference

To register please fill out the form HERE. You can pay by check or use the PayPal buttons below:

Awards are presented for:

Nominations for these awards will be submitted to the awards committee by the members of the West Tennessee Branch via the Branch President by May 9th. The selection committee is made up of several members chosen by the Branch Board. Once the selection committee has determined the proposed award winners, they will send the names to the West Tennessee Branch Board for approval before or during the May Board meeting. The nominations selected for the awards will be announced and honored at the May Branch meeting.

Entries received by the West TN Branch may be utilized to select nominations for the ASCE Tennessee Section awards. Note that winners of the Branch awards may not necessarily be submitted for the Section awards, depending on circumstances, such as having already won the Section Award in the category.

To submit a nomination, a paragraph describing why the person or project should be honored with the award should be submitted electronically. Specific information that should be included in the paragraph is described in the document linked below. Nominations should be sent to Evan Boulanger ([email protected])